Dystopias, Beyond the Star Child

We are halfway through the Rogers Public Library Science Fiction Movie Marathon and it is appropriate that the half way point was 2001 a Space Odyssey  because 2001 wasn’t just a milestone in Science Fiction movie history it was also a turning point in movie making history.  2001 was the culmination of six decades of special effects development.  It was a masterpiece in the use Matting, Model Making, Front Screen Projection, and computer aided Motion Control camera work.  There had been other successful high budget special movies prior to 2001: a Space Odyssey.  War of the Worlds (1953) and Forbidden Planet (1956) were both big budget state of the art special effects films and both very successful at the box office, however nothing with the scope and realism of 2001 had ever been tried before.   Even today its realistic depictions of space travel are comparable with movies such as Apollo 13 (1995) and Gravity (2013), however, 2001 has always been controversial because of its sparse dialog and it’s highly symbolic narrative structure.  To this day many people are confused by its abstract and ambiguous ending but in 1968 no one had ever seen anything like it.  2001 was a hugely popular film because of the combination of the realism and the fantastic nature of its special effects.  2001 changed movie history.  When watching 2001 it is easy to how the cinematography and the pioneering special effects work influenced the look and feel of Star Wars.

Rogers Public Library Science Fiction Movie Marathon will Resume on June 5 with George Lucas’s THX 1138 (1971).  Unlike previous films in this series THX 1138 is not a state of the art special effects film, instead it is a Dystopia.  With major improvements in film technology and a sophisticated film going audience Science Fiction grew beyond Mad Scientists and bug eyed monsters into more traditional Science Fiction genres, such as Dystopias.  THX 1138 is George Lucas first feature length film and an illustrative of the realism of Science Fiction in the late 60’s and 70s.

“DYSTOPIA An imaginary place or condition in which everything is as bad as possible.” opp. utopia Oxford English Dictionary

“DYSTOPIAS The oppression of the majority by a ruling elite and the regimentation of society.”  Encyclopedia of Science Fiction

Dystopian SF literature is a variation of the “Mad Scientist” theme with a plotline based on the suspicion of technology, except where the Mad Scientist unleashes a scientific horror which he cannot control, Dystopias are usually technocrats attempting create a technological Utopia which results in a stagnant regimented totalitarian society instead. Typically the plotline of Dystopian Fiction is a revolution against the Dystopian regime however while the architype of the ‘Mad Scientist’ can be traced back to Mary Shelly’s Frankenstein in the Nineteenth Century or even earlier to Faust or Alchemists the most famous Dystopias are primarily Twentieth Century Literary works.  Aldous Huxley’s Brave New World, George Orwell’s Nineteen Eighty Four, Franz Kafka’s the Trial, and Ray Bradbury’s Fahrenheit 451 are the primary Literary works defining the genre but from the 1930’s on, Dystopian literature was a major genre of Science Fiction.

Despite the importance of Dystopias in literature, Metropolis is the only important Dystopian SF film in the era before the Golden Age of SF movies in the fifties. Metropolis (1927) is a classic Dystopia with a small ruling elite living in luxury oblivious to the servile workers slaving below but even in the ‘Golden Age of SF’ the only important works of Dystopian Cinema were all film adaptations of the major Literary Dystopias; George Orwell’s 1984 (1956) Franz Kafka’s The Trial, directed by Orson Welles in 1962, and Ray Bradbury’s Fahrenheit 451, directed by the great French director Francois Truffaut in 1966.

Dystopian Fiction, which had been a mainstay of SF genre fiction since the 1930s had to wait until the success of 2001 a Space Odyssey (1968) before becoming a mainstay of SF Cinema.  There were more high quality Dystopian films in a five year period between 1971 and 1976 than there were the previous forty years. Clockwork Orange (1971) directed by Stanley Kubrick was nominated for Best Picture, Soylent Green (1973) starred Charlton Heston and Edward G. Robinson, two major Hollywood stars, Rollerball (1975) starring James Caan a major rising star after his performance in the Godfather (1972), Logan’s Run (1976) with Michael York and Peter Ustinov and THX 1138 (1971) a film by the then unknown George Lucas are all indications that the new popularity of SF Cinema would include Dystopian Films.

By the 1980’s the future for science and fantasy films was assured and Dystopian Cinema was responsible for the thoughtful cutting edge Dystopian SF movies Blade Runner (1982) and Brazil (1985) but Dystopian SF was also producing vehicles for mainstream Dystopian themed action movies such as Escape from New York (1981), Running Man (1987), and Demolition Man (1993). The Matrix (1999) was one of the most visually innovative movies of the decade and introduced cutting edge special elements and produced several sequels.  Dystopian SF has become a major force in modern Cinema with several Franchise series, including Hunger Games (2012), Divergent (2014), and Maze Runner (2014). 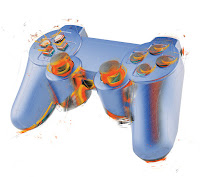