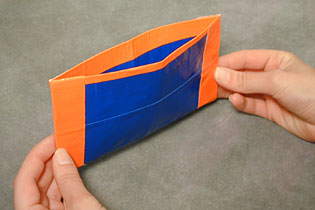 Come this Thursday at 6pm when we flood the community room with crafts galore! Come make something to take home. Ages 13-18.

After writing a series of articles on the evolution of movie heroes and hero types, it seemed appropriate to compile a list of top ten hero movies; but a historical approach to picking the best movie heroes proved inadequate.

So my definition of Heroes becomes: real flesh and blood characters that prevailed in extreme circumstances and showed a sense of morality, courage and purpose. I also focused on the character in the film and not the actor that portrayed him.  I did make one concession to my guiding principles: Dudley Do-Rights do not necessarily make for entertaining movies and from a literary historical perspective, taming the ‘bad boy’ is a classic element of modern romantic fiction.

So Heroes are all flesh and blood, not demigods, have no superpowers, and none of them is immortal.

The Adventures of Robin Hood (1938) staring Errol Flynn, is the greatest swashbuckler and one of the greatest movie ever made.  Errol Flynn plays Robin Hood, the handsome roguish displaced noble driven into thievery, but who still upholds the laws of chivalry by protecting the weak and defenseless.  He robs from the rich and gives to the poor and none of his ill-gotten gains are for personal enrichment.  He is a defender of the weak and he fights for the rights of Englishmen by opposing the oppression of the evil King John.  True to conventions of modern romance, Errol Flynn’s Robin Hood is a roguish Prince Charming who is won over by the beautiful maid Marian and in the end they rush off to get married, and live happily ever after.

Mr. Smith Goes to Washington (1939) is another of America’s greatest movies.  This is the story of an average man who finds himself in the corrupt halls of Washington power.  His innocence is a joke and he is mocked and made fun of, but Jefferson Smith is an honest good man who stands up to the awesome power of a corrupt political machine, the newspapers they run and politicians they own.  This is the American David against the corrupt Washington Goliath and director Frank Capra at his best.

Maltese Falcon (1941), starring Humphrey Bogart and directed by John Huston, is another transformative movie.  The Maltese Falcon is widely regarded as the first important film noir.  It is based on the novel by Dashiell Hammett and established the Hardboiled Detective as the urban version of the American Cowboy.  He is as tough, smart, and as devious as the corrupt world around him and yet he ultimately stays true to his code of honor.  Humphrey Bogart’s Sam Spade has been copied but never surpassed as the ideal Hardboiled Detective.

High Noon (1952) John Ford and John Wayne may have invented the Western cowboy mythos but it was Gary Cooper in High Noon where it reached its zenith.  Sheriff Kane is the perfect honorable Cowboy.  Everyone from the town’s people, to his deputy, the ex-sheriff, and even his wife want Sheriff Kane to abandon his principles and flee from the gunmen coming to town to kill him but Kane stays true to himself and his principles comes through in the end.  This is the ultimate western movie.

Spartacus (1960) may not be a classic must see film but it oozes bravery and overflows with heroes.  Spartacus was the slave that led the revolt that challenged the might of Rome.  It isn’t just the physical bravery of Spartacus as the gladiator in the arena, or as the leader of a slave army, it’s the moral courage to not abandon his colleagues when all seems lost, the confidence to show vulnerability to his loving wife, and bravery of the survivors of his defeated army to stand and shout “I am Spartacus!” in defiance of tyranny.

Goldfinger (1964) is the best of the Sean Connery James Bond movies.  James Bond is calculating, callous, and ruthless and while he definitely shows courage and dedication of purpose, he is somewhat flexible in the morality department. Still, James Bond ranks third in AFI’s list of greatest film heroes.  Despite his tendency to take what he wants from women, he also saves, protects, and ultimately falls in love with his leading ladies.

Raiders of the Lost Ark (1981) is an homage to the movie serials of the 30s and the 40s.  It is almost comic book in its relentless cliffhanger action.  Indiana Jones is the prototypical Saturday matinee movie idol and one of the great movie heroes of all time; he ranks number two on the AFI list of movie heroes.

Last of the Mohicans (1992) is based on a modernization of the nineteenth century American romantic novel.  It is essentially a love story between the Nathanial Poe and Cora Munro, but is also a blend of romanticized European chivalry and nineteenth century American nationalism updated for modern American tastes.  Nathanial is the perfect frontier American hero – honest, brave, and resourceful.  He represents the ideal American pioneering spirit.