Arcangelo Corelli (b. 1653-1713) was the first super star of music.  He was an Italian violinist and composer who wrote Concerto Grossi and he was the most widely published composer of the seventeenth and eighteenth centuries.  Corelli is not as famous today as many of the musical geniuses that followed.  His work is overshadowed by Bach, Vivaldi, Haydn, and Mozart, and others whom he inspired and who improved on his musical ideas, but his work was studied all over Europe and became one of the foundations of what we call Classical Music.

The seventeenth and eighteenth centuries were a period of extraordinary scientific and technological change. The printing press and the rapid increase in literacy had a profound impact on European music as well as European society.  The spread of standardized music notation and the perfection of stringed instruments such as the Violin, Viola, Cello, and harpsichord meant that Arcangelo Corelli could work with music publishers so that his music could be sold and performed all over Europe.  Audiences in Stockholm, Paris, London, and Berlin could hear Concerto Grossi played in the Italian Style.   This made Corelli one of the most famous violinists and composers of his era.  Everyone copied and improved on his ideas.

Music is the science of sound made art. Each generation of classical composers and classical performers advanced the art.  Instruments became stronger, sheet music became more nuanced and better able to communicate the art of the composer, metallurgy and valve technology vastly improved woodwind and brass instruments so that Beethoven had a bigger and better selection of musical instruments to work with to produce a much bigger and more complex sound.  John Williams has an unimaginable musical tool kit compared to Arcangelo Corelli and yet John Williams owes a debt to Corelli for his innovative musical compositions and his use of music publishing to communicate those ideas to others.  Maybe Corelli isn’t as famous today as he once was but his music was used in the movie Master and Commander: on the Far Side of the World (2003).  He is not forgotten.

Corelli: 12 Concerti Grossi, Op. 6, Academy of St. Martin-in-the-Fields Arcangelo Corelli used the new invention of music publishing to become the first superstar of music which allowed everyone to copy his new style of instrumental music.

Vivaldi: The Four Seasons Academy of St. Martin-in-the-Fields You would have to be living under a rock not to have heard the Four Seasons by Vivaldi. It has been used as movie and television soundtracks as long as movies and Television have used classical music, but any Vivaldi Concerto is excellent.

Handel: Water Music, Music for the Royal Fireworks Orpheus Chamber Orchestra Next to the Messiah, this is Handel’s greatest work.

Haydn: Symphonies 99-104 Royal Philharmonic Orchestra All of Haydn’s symphonies were good, but his London Symphonies were great, so great that if Beethoven hadn’t written his they would have been the greatest.

Beethoven: 9 Symphonien, Herbert von Karajan Berliner Philharmoniker Beethoven’s Symphony No. 3 changed symphonic music forever. It is the standard by which every other symphony is judged and is still the greatest symphony ever written.

Schubert: Symphony No. 9 Symphony No. 8 (Unfinished) London Symphony Orchestra Abuse from Saturday morning cartoons aside these are great works of music.

Brahms: The Symphonies Chicago Symphony Orchestra All Four of these symphonies are masterpieces.

Rimsky-Korsakov: Scheherazade Berlin Philharmonic Herbert Von Karajan A tone poem in four movements (Symphony by another name) is the story of Sinbad the sailor.

Dvorak Symphony No. 9 ‘From the New World’ Dvorak wrote this as a tribute to America 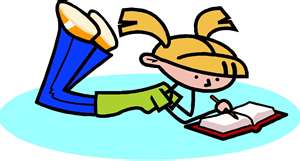 This Saturday at 1pm: Teens Write!

It's that time again! Come to the Glotzbecker Room to discuss and exercise various forms or writing. Teens Write happens every 1st Saturday of the month and is hosted by Library Assistant Kristen Hoover.