It was a dark and stormy night …

Maybe the next great American novel will start off like that. It could be written by you.  Ever thought about writing a novel?  Ever considered doing something you never thought you could do?  Try Nanowrimo, National Novel Writers Month, this November.  During the month of November thousands of people around the world try to write a first draft of at least 50,000 words.  The idea is lots of people talk about wanting to write a novel but very few actually do it.  This is a way to make you write a first draft.  Then it is much more likely that you will go on and get the draft edited, submitted to a publisher, and maybe even get it published.  Remember there is no such thing as good writing only good rewriting.  They have a web site www.nanowrimo.org.  There is no cost to sign up or to participate.   If you try and fail it’s no big deal.  At least you tried and who knows maybe the next time you might succeed.  If you are successful you get a certificate you can print saying you won.  Who knows maybe you’ll find that you like to write.

There is a local group that is very encouraging to beginning writers. During November they meet several times a week.  They met at several different places during the month including the Rogers Public Library.   The last few years we’ve even had an “overnighter” at the library where we wrote all night at the library.  Several members of the group have been published and a few are working on sequels to their first books.  The ages of the group last year ran the gambit from a teenager to senior citizens.  Everyone is welcome and you can write anything you want.  You can write fiction, non-fiction, a movie script, a biography, anything at all.   But remember the goal is to get to 50,000 words by the end of November.

Generally there are two kinds of people that take part in Nanowrimo – the planners and the pantsers.  The “By the Seat of their Pants” people or Pantsers do no planning  before the start of the event.  On the first of November they sit down at their computer and decide that this year they are writing a western, or a romance, or a suspense book.  Then they come up with the hero and the plot and start writing.  The planners on the other hand figure most, if not all, of that stuff out before the first.  I am a big time planner.  On the first of November I have an outline of about one hundred pages listing the chapter headings, the general idea of what happens in each chapter, the location, the people involved, etc.  If I tried it the other way I would still be working on the genre and title by the end of the first week.  This method has worked great for me in the past and I have won the last three years.  If you have any questions about Nanowrimo stop by the reference desk and ask to talk to John. 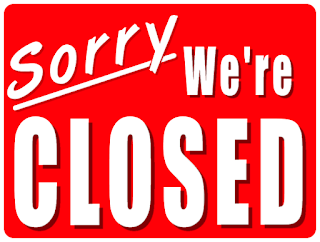 We'll be closed Sunday and Monday, July 3-4 for Independence Day. Have a great weekend everyone!