MOVIES THAT MAKE US LAUGH

In stressful times, sometimes you just need a movie that makes you laugh. So here is an unscientific, ad hoc, random survey of movies, not a ‘best of’ list, or what critics think, or a movie appreciation course in what you should see.  Rogers Public Library staff members were asked ‘what’s your favorite comedy movie?  What movie made you laugh until you cried?’  If the Library owned the film, it’s on this list. (If the Library didn’t own the film, I’m ordering it.)  In no particular order the movies are;

Bringing up Baby (1938) THE classic screwball comedy and one of the funniest movies ever made.

Princess Bride (1987) the Funniest! “You keep using that word. I do not think it means what you think it means.” said Inigo Montoya.

Pink Panther (1963) was meant as a romantic comedy with David Niven, Robert Wagner, and the stunning Claudia Cardinale, but Peter Sellers as Inspector Clouseau stole the movie and started the whole Pink Panther series.

A Shot in the Dark (1964) is the first ‘Clouseau’ movie and the funniest. (See Inigo Montoya quote from the Princess Bride.)

A Night at the Opera (1935) with the Marx Brothers: Groucho, Chico, Harpo, Aleppo, and Zeppo, “No thanks, I quit smoking.”

Duck Soup (1933) The Marx Brothers again Groucho in the mirror and the vender scene with Edgar Kennedy… are two of the funniest scenes ever. (See Inigo Montoya quote from the Princess Bride.)

GhostBusters (1984) a very funny movie even after Eddie Murphy turned down the Winston Zeddmore part.

Some Like It Hot (1959) is another one of the best movies ever made. Marilyn Monroe and Jack Lemon are at their funniest.

Young Frankenstein (1974) took twice as long to film because half the takes were ruined when the cast kept breaking up and laughing.

Airplane (1980) surely one of the funniest moves ever made. “And don’t call me Shirley!”

Planes, Trains, and Automobiles (1987) starred Steve Martin and John Candy. Again, written by and this time directed by John Hughes.

The Big Lebowski (1998) along with the Princess Bride it’s one of the most quotable comedies.

There’s Something About Mary (1998) is sophomoric humor at its best. The gags just keep coming.

Secondhand Lions (2003) “Sometimes the things that may or may not be true are the things a man needs to believe in the most.” said Hub.

Topper (1937) has aged well and is still an incredibly funny movie. (I want that car!)

Hot Fuzz (2007) Simon Pegg is one of the funniest guys out there right now. (I know, I know, see the quote from the Princess Bride.) 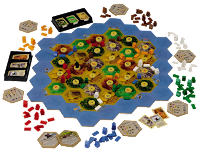 Don't forget you can vote for your favorite book for 2016 and win our prize drawing later!