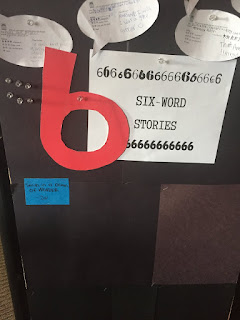 Also, check out our 6 word stories in the Teen Scene, make a story in just 6 words, then post them for all to see! Get creative! And check out the Teens Write! program next March 4th at 1 pm.

For Valentine’s Day I thought I’d look at Romantic movies. The American Film Institute helpfully provides a list of the best romantic movies called 100 years 100 Passions.  It is a ranked list and of course Casablanca is the highest ranked movie on the list (#1). Casablanca is often cited as being one of if not the best movie ever made and for pure cinematic story telling; it is.  Even minor characters are fleshed out with story arcs and subplots that help drive the movie’s main plotline and establish the main character’s personalities.  There is a marvelous little sub plot involving a newlywed Romanian couple that helps show that beneath Rick’s (Humphrey Bogart) crusty exterior is a heart of gold while at the same time helping to establish Captain Renault (Claude Rains) as a unscrupulous cad but Casablanca is a true cinematic romance with the relationship between Rick and Ilsa (Ingrid Bergman) driving the story.

However, most movies have some romantic elements. High Noon, for example, is widely regarded as one of the best Westerns ever made.  It has a fairly typical western plot line where the hero’s code of honor will not allow him to avoid danger but by staying true to his ideals he is drawn into conflict and prevails.  It is the romantic relationship between Sheriff Kane (Gary Cooper) and his pacifist Quaker wife (Grace Kelly) that drives the story and provides the film’s resolution, yet this movie is not considered a romance nor is it on AFI’s the list of the 100 most romantic Films. King Kong is on the list at number 24!  So are Beauty and the Beast (#34), Double Indemnity (#84), and the Hunchback of Notre Dame (#98).  All of these are great movies with some romantic elements but romance is no more central to the plot of these movies than with High Noon .

If a great movie with a romantic element that drives the plot doesn’t make it a famous romance what does? Why do people see the King and I as a romance when Some Like it Hot, one of the greatest romantic comedies of all time, did not make AFI’s list?  The answer lies in From Here to Eternity which is number 20 on the list. From here to Eternity has a couple of romantic subplots but the main story line is about a soldier that doesn’t want join the company boxing team so sadistic sergeants give him company punishment trying to force him into boxing for the team, but From here to Eternity has a great kiss.  When Burt Lancaster kisses Deborah Kerr on the beach they made movie history.   It is one of the great movie kisses of all time and put From Here to Eternity on every true romance movie list.

Gone With the Wind, An Affair To Remember, Love Story, and Ghost are all movies most of us tend to think of as romance movies, but there are some movies whose central plot does not revolve around the leading characters romance that have pivotal movie moments that are so memorable we think of them as romance.  The fireworks seduction scene in To Catch a Thief, the sizzling chemistry between Bogart and Bacall in To Have and to Have Not, the long kiss between Cary Grant and Ingrid Bergman in Notorious, and the obsession of Jimmy Stewart for Kim Novak in Vertigo made these movies romances.  Ultimately, all it took for King Kong  to be a romance was a single memorable line; “It was beauty killed the beast.”   Robert Finch