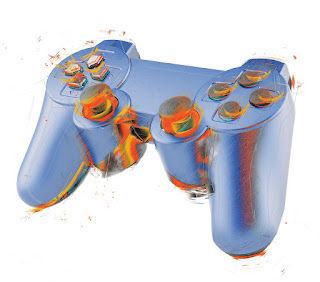 Once upon a time, Hollywood made movies with heroes; heroes that were role models, heroes that inspired, and heroes every man wanted to be – or wanted his son to be, or wanted his daughter to marry. The first great Hollywood Heroes were “Swashbucklers”.  The Oxford English Dictionary defines a Swashbuckler as “A swaggering bravo or a ruffian; a noisy braggadocio.”  However, the Swashbuckler became a uniquely cinematic way of storytelling which grew out of literary tradition of European Romanticism that idealized the concept of chivalry.

The Three Musketeers by Alexandre Dumas and the play Cyrano de Bergerac are perfect examples of this type of late nineteenth century literary nostalgia.  Many classically trained stage actors learned fencing as part of their stage acting skills which were perfect for silent movies emphasizing this type of swashbuckling action.

Common Swashbuckler plot lines usually involved rogue nobles driven to piracy or robbery, while still maintaining the chivalrous virtues of gallantry, bravery, and courtesy as they fought injustice and oppression.  The movie Swashbuckler hero is chivalrous not because it profits him but because it does not.  He is courteous to women and protects the weak because it is the right thing to do.

Douglas Fairbanks became one of the most famous movies stars of the silent era by starring in Swashbuckler movies such as the Black Pirate (1926).  Errol Flynn also became famous by playing Swashbucklers, and his name is often used as a synonym for the type.  The Adventures of Robin Hood (1939) is widely considered to be the greatest of all Swashbucklers and is often cited as one of the 100 best movies ever made.  The Prisoner of Zenda (1937) and the Mark of Zorro (1940) are also prime examples of the Swashbuckling Genre.

The United States, however, never had an aristocratic noble class. There is no King of America or Baron of New York.  America is not separated into nobility and serfs.  For Americans, “nobility” is obtained through hard work, honesty, and common sense. The American Hero of the Nineteenth Century was Horatio Alger’s Ragged Dick, the street urchin who through pluck, honesty, and hard work raised himself up from poverty to success.

Frank Capra’s movie heroes often involve the common man regular guys thrown into extraordinary circumstances.  In Mr. Smith Goes to Washington (1939) the honest naive Boy Ranger, Jefferson Smith (Jimmy Stewart) goes to a greedy corrupt Washington where he is falsely accused of corruption; but by staying true to his principles and with bravery and honesty, he prevails.  In Howard Hawk’s Sergeant York (1941) the hero is a devout Christian and conscientious objector from Appalachia who is drafted into the army and becomes a hero in WWI.  In My Man Godfrey (1936), Godfrey is a ‘forgotten man’ (a bum) who not only regains his dignity but he does it with absolute grace and more class than the ‘Swells’ that adopt him.

The Cowboy and the Hardboiled Detective.

The quintessential American movie heroes are the Cowboy and his urban counterpart, the Hardboiled Detective. These two uniquely American characters blend the chivalrous spirit of Romantic literature and the hardworking common sense of the American common man.

In John Ford’s Western drama Stagecoach (1939), John Wayne plays the Ringo Kid, perfectly embodying the chivalrous, hard-working, honest man of few words Western style of hero. Stagecoach is a must see film, if only because it changed movie history by creating the Western movie mythos.

The Hardboiled Detective is basically an urban Cowboy.  Dashiell Hammett’s novels took the mystery novel out the British drawing room and dragged it into the American street; but it was Humphrey Bogart playing Sam Spade in the Maltese Falcon (1941) that set the standard for all Film Noir and Hardboiled Detectives to follow.  At the end of the movie, when Sam Spade exposed the murderer, he explains the Hardboiled code of honor perfectly: “When a man’s partner is killed, he’s supposed to do something about it. It doesn’t make any difference what you thought of him. He was your partner and you’re supposed to do something about it…Don’t think I’m as crooked as I’m supposed to be. That sort of reputation might be good business, bringing high-priced jobs and making it easier to deal with the enemy…”  Bogart’s Sam Spade, street smart and cynical, is the perfect modern American urban knight.