Age of the Superhero (Heroes Part 4)

Superheroes are primarily thought of as comic book stars but the superhero is actually a multimedia phenomenon with roots going back to newspaper comic strips. Buck Rogers, Flash Gordon, and the Phantom all began as newspaper comic strips.  It was the Phantom, introduced in 1936, that was the first famous masked and costumed crime fighter.  Flash Gordon also began as a comic book character and, within two years went from being a comic strip character to the hero of the motion picture serial, Flash Gordon (1936).

Not all superheroes began in comic books or comic strips. The Shadow began as an anonymous announcer for a detective fiction radio show and proved so popular that author Walter B. Gibson was hired to write pulp crime novels featuring the Shadow as a crime fighter. Universal Studios produced six film shorts featuring The Shadow in 1931 and 1932. The Shadow starred in his own radio show beginning in 1937 and only became a newspaper comic strip and a comic book superhero hero in 1940.

These early superheroes paved the way for their superhero successors.  It was the Phantom who invented the superhero costume with mask while the Shadow’s real identity as millionaire playboy Lamont Cranston was a major influence on Batman’s alter ego, Bruce Wayne.

Superman and Batman are the superstars of superheroes. They are the comic book characters everyone thinks of as the definitive superheroes and dominated the golden age of comic book superheroes by selling millions of books annually.  Superman and Batman owe their dominance in the world of superheroes due to the fact they were multimedia stars.  Superman was introduced in Action Comic #1 June 1938.  By January 16, 1939 he was a daily newspaper comic strip and on February 12, 1940, Superman became a radio star.  It was the Superman radio show that introduced “Truth, Justice, and the American Way” to the Superman mythos and it was as an animated cartoon produced by Fleischer Studios (creators of Betty Boop and Popeye) that gave us “faster than a speeding bullet, more powerful than a locomotive.”  The Fleischer cartoons also began the custom of Clark Kent using a phone booth to change into Superman.  He was a hugely popular star of motion picture serials, a b-feature movie star, and with the arrival of television; Superman was the first superhero to get his own television show, the Adventures of Superman.

Batman, like Superman, was a multimedia superstar of the Golden Age of comic books. Like Superman, Batman quickly had his own comic strip and motion picture serials, and while Batman did not get his own radio show, he was a regular on the Superman radio program to give the Superman radio stars time off for vacations.  Batman’s greatest contribution to superhero multimedia was the campy Batman television series of the 60s, which was a two part weekly television series that included a cliff hanger each week as homage to Batman’s motion picture serial past.

In 1968, 2001 a Space Odyssey  proved that special effects movies could make money.  Special effects had improved to the point that they were believable, seamless, and even unobtrusive in cinematic storytelling.  In 1977 Star Wars (1977) rocked the motion picture industry as the first special effects action packed summer blockbuster film.  Special effects action thrillers continue to dominate cinema to this day.   It is no surprise that Superman: the Movie (1978) was the first blockbuster feature film starring a superhero and also  number three at the box office the year after Star Wars came out. Batman would follow in 1989 as the top office champion.

Blockbuster special effects movies are enormously expensive. Star Wars: the Force Awakens (2015) had a budget of over three hundred million dollars.  Studios cannot afford to invest these kinds of sums into movies without some guarantee of box office success.  Movie franchises like Jurassic Park, James Bond, and Star Wars have dedicated followings guaranteed to pull in significant audiences to the theater near you.  So do, superheroes.  When studios produce high quality productions which stay true to the superheroes’ mythos they have a huge fan base with which to draw fans into the theater.  Batman (twice), Spider-Man (also twice), and the Avengers have all been number one at the box office.  In 2016, four super hero movies were in the top ten Captain America: Civil War #3, Deadpool #6, Batman Vs. Superman Dawn of Justice #8, and the Suicide Squad #9.  Within a short period of time the Marvel World has become the third highest grossing movie franchise behind James Bond and Star Wars.  For movie heroes, this truly is the Age of the Superhero. 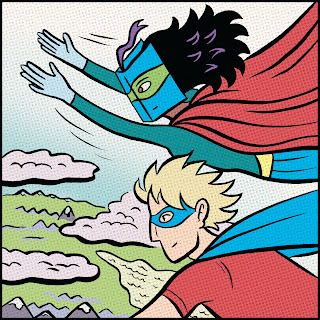 The Superhero Movie Marathon is continuing this week.

Call for movie titles and other information.