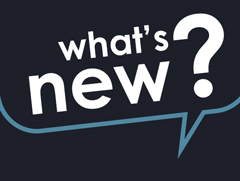 RF Kuang’s sequel to The Poppy War (2018), The Dragon Republic, releases on August 6. The Dragon Republic focuses on Rin’s actions in the aftermath of the war and her quest to get revenge on the Empress. Balancing deadly politics, opium addiction, and vengeful gods, Rin must decide what she is willing to sacrifice to get the revenge she so desperately wants. In this shocking sequel, no one is quite what they seem and everyone is in danger. 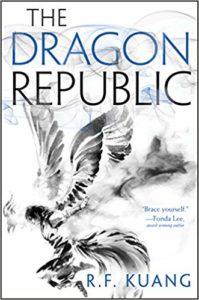 Ruth Ware’s The Turn of the Key begins with Rowan Caine stumbling across an advertisement for a live-in nanny position that pays unexpectedly well. The opportunity seems too good to pass up, especially once she visits the picturesque house and meets the seemingly perfect family living there. Suspicious happenings in the house culminate in a tragedy that ends up getting pinned on Rowan. Find out if Rowan can retell her mysterious story clearly enough to clear her own name when Ware’s newest thriller arrives on August 6.

Preston and Child’s Old Bones, the first in their new series following Nora Kelly, is expected to arrive on August 20. When a fellow colleague presents Nora Kelly, a successful curator, with the opportunity to visit the site of the infamous Donner party, both her professional and personal curiosity are piqued. Expecting a routine expedition to the site of a familiar historical tragedy, Nora and her partner find the site bears clues of even deeper secrets that could put them in danger.

When Tom and Jake, a grieving father and son, move to a new town for a fresh start, they soon learn the town is haunted by its own dark past. The Whisper Man, a serial killer who lured children from their homes by whispering at their windows, was convicted and jailed 20 years before, but his crimes are now being repeated in gruesome detail. The threat comes home when Jake starts hearing the whispers as well. Find out where the whispers are coming from when Alex North’s The Whisper Man releases August 20.

Louise Penny’s fifteenth installment in her series following Chief Inspector Armand Gamache, A Better Man, will arrive on August 27. The newly demoted inspector is beset by problems. Disastrous spring flooding, his own family problems, and gut wrenching cases battle for Gamache’s attention amidst a smear campaign focused on the inspector himself.  When a distraught father begs him to find his daughter, the inspector soon discovers he is too attached to a case he should be giving up. Unable to relinquish the case that hits too close to home, Gamache must investigate his own intentions and the boundaries he is willing to cross to achieve justice. 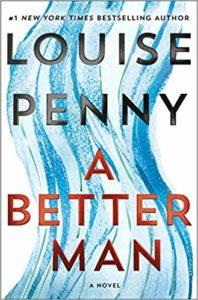