Riley Sager’s newest thriller, Lock Every Door, begins with Jules Larsen accepting a job as an apartment sitter at the illustrious and mysterious Bartholomew building. Desperately in need of money and a fresh start, Jules agrees to the strict rules of her new position. Jules is settling into her new life until Ingrid, her new friend and fellow apartment sitter, goes missing the day after admitting that she no longer felt safe in the old house. When Jules discovers that Ingrid is not the first Bartholomew employee to go missing, she begins an investigation that may put her in danger too. Sager, the author of Final Girls (2017) and The Last Time I Lied (2018), continues to promise thrills and mystery when Lock Every Door releases on July 2.

Colson Whitehead, the author of The Underground Railroad (2016), narrates another painful historical moment in The Nickel Boys on July 16. Set in 1960’s Florida, The Nickel Boys tells the story of Elwood Curtis, an orphan with a promising future ahead of him, who is sentenced to the Nickel Academy. The Nickel Academy is a reform school that promises the height of education and discipline, but Elwood finds that the students there are neglected and abused instead. Elwood, inspired by the speeches of Martin Luther King Jr, tries to stay optimistic while his fellow sufferer and friend, Turner, believes they will only survive if they can keep their heads down. Whitehead’s newest novel focuses on the horrors these two boys suffer and their different approaches to surviving through these horrific conditions. 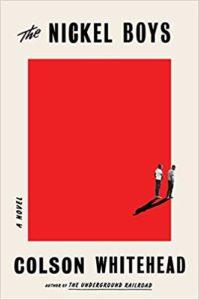 Silvia Garcia-Moreno’s Gods of Jade and Shadow is a modern fairy tale inspired by Mayan mythology that will arrive on July 23. At the height of the Jazz Age in a small town in Mexico, Casiopea Tun, Cinderella-like, wishes for a better life. When she unsuspectingly opens a box that frees the Mayan god of death, her opportunity for a second chance seems to have arrived. The god of death enlists Casiopea’s help in winning his throne back, but the stakes are high. Success could win her everything she has ever wanted, but failure could mean death. 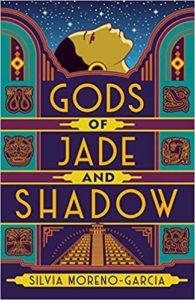 In Catherine Coulter’s Labyrinth, Agents Sherlock and Hammersmith find themselves surprised by seemingly disparate cases that are somehow connected. After a car accident, Sherlock awakes with no memory of the accident except the knowledge that the man she hit is a CIA analyst who has gone missing. At the same time, a kidnapped woman that Hammersmith has rescued claims that her captor admitted to the murder of three girls. The man she accuses is very powerful and hard to pin down because of his relationship with the local police. Unravel the connections between these two mysterious cases when Labyrinth releases on July 23.

Smokescreen, the newest installment in Iris Johansen’s series following Eve Duncan, is set to arrive on July 30. When a journalist recently returned from Africa begs Eve to come back to a small village with her, she agrees. The journalist explains that the village has been attacked by guerrilla soldiers, half of the population decimated by the fighting, and the families there need Eve’s help as a forensic sculptor to come to terms with their loss. When Eve arrives, however, she finds herself stranded in a strange country and uncertain of both the journalist and the story that lured her there. 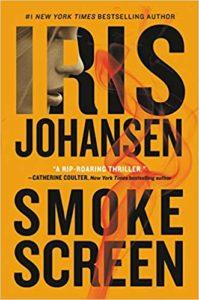